Unleash the power of caching 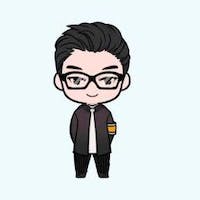 On the previous post, we have discussed that API performance can be improved with CDN. This confuses when to choose between CDN and server-side caching.

Table of contents generated with markdown-toc

What is server-side caching

The caching that happened on server-side, for example memory cache or database cache (normally with key-value store database)

What is the difference with CDN and when to use

CDN would not direct incoming requests to API server if the cache is hit.

whereas in server-side caching, incoming requests will always handle by API server, but only to query main database, if cache database do not have record (cache miss or unreachable)

Here is my opinion

Use server-side caching when:

But of course, we can use both, if that fit the use case.

How to select which API to cache

Code snippet below is written in Go with fiber, details on the code are omitted, only show the related code to set the cache

I use BadgerDB with memory only mode for cache storage. It is an embeddable, persistent, and fast key-value (KV) database written in pure Go. It suitable for single server setup (single instance or replica), if you have more than one server setup, may consider to use Redis, Memcached or other alternatives.

We can utilise cache middleware for the caching, it supports memory caching and also different storage drivers.

But it doesn't support customisation like define specific time-to-live (TTL) for each API. I write a middleware to support this, and too long to paste it here, may check out the source code on the implementation.

Here is the flow of how the middleware can be written.

After we write the middleware, the usage is straightforward

Deploy the code to test

You can deploy to anywhere to test, here is showing example of deploying to Kubernetes. Optionally can run on localhost

Verify the response header with curl, with cache status that we set earlier

Open up the browser with the public IP address, and submit request to / and /server-cache , twice on each API.

/ is without cache, /server-cache set to cached for 5 seconds

Verify on the Cache-Status header for cache status

The result shows that non-cacheable API (/) results in different response time, mainly caused by the network latency, but not performance improvement. Meanwhile cacheable API (/server-cache) improved from 240 to 13ms, about 19X faster.

Note that I am running the test on local terminal, so the factor of internet speed is ignored. Benchmark is tested with bombardier with the following parameters

The API server only run on one replica, with the following resources

Here is the benchmark result for non-cacheable API /, average with 922 requests per second, took 1m49s to finish, and average latency 218.86ms

Here is the benchmark result for cacheable API /server-cache, average with 3507.45 requests per second, took 28s to finish, and average latency 56.79ms

Here is the API server usage during the test 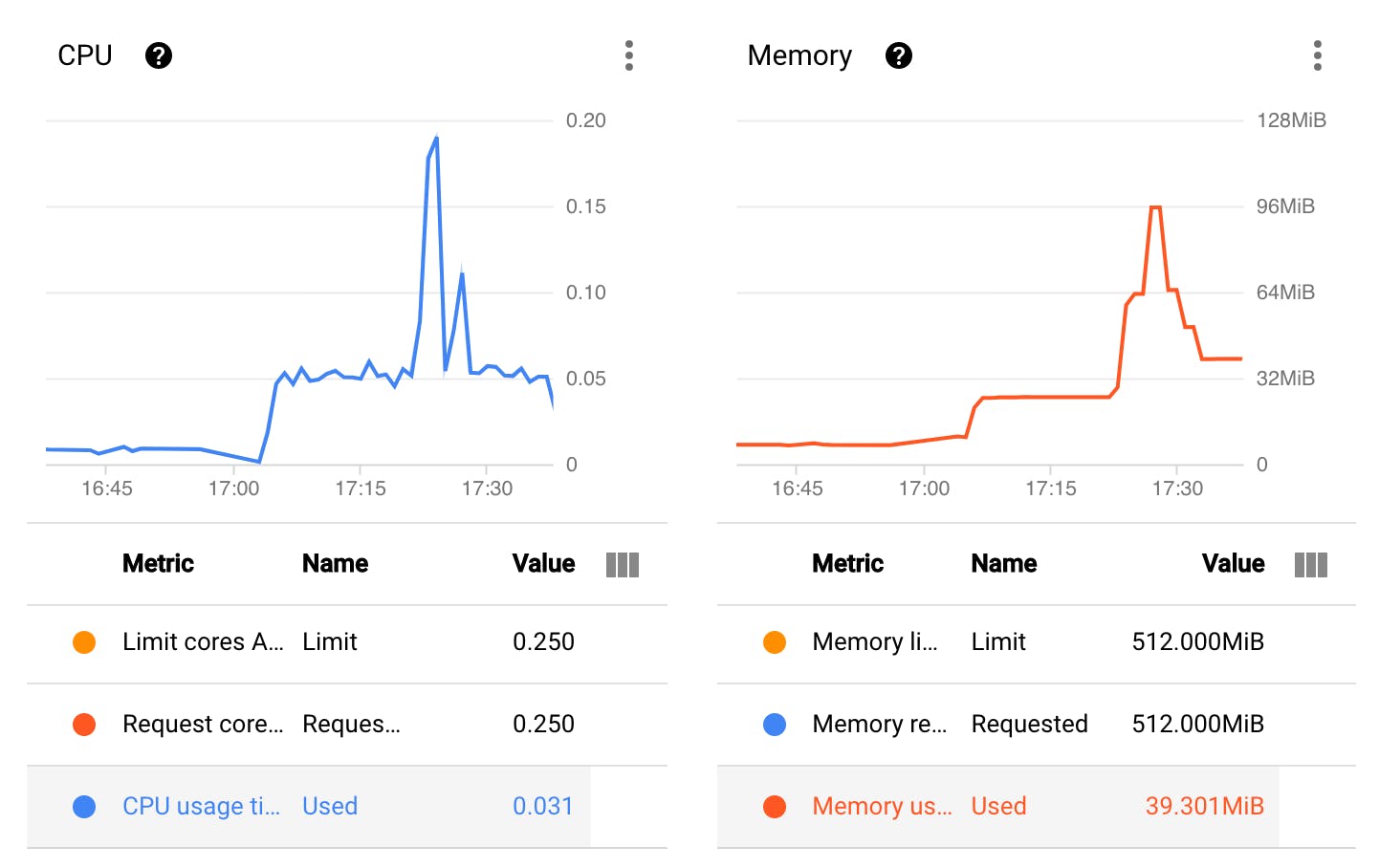 We get about 4X improvement in latency and RPS, as the test is running against on an embeddable database. This can improve further with dedicated database server.

Here is the benchmark result for cacheable API /server-and-cdn-cache, average with 9731.17 requests per second, took 10s to finish, and average latency 16.96ms

Here is the API server usage during the test 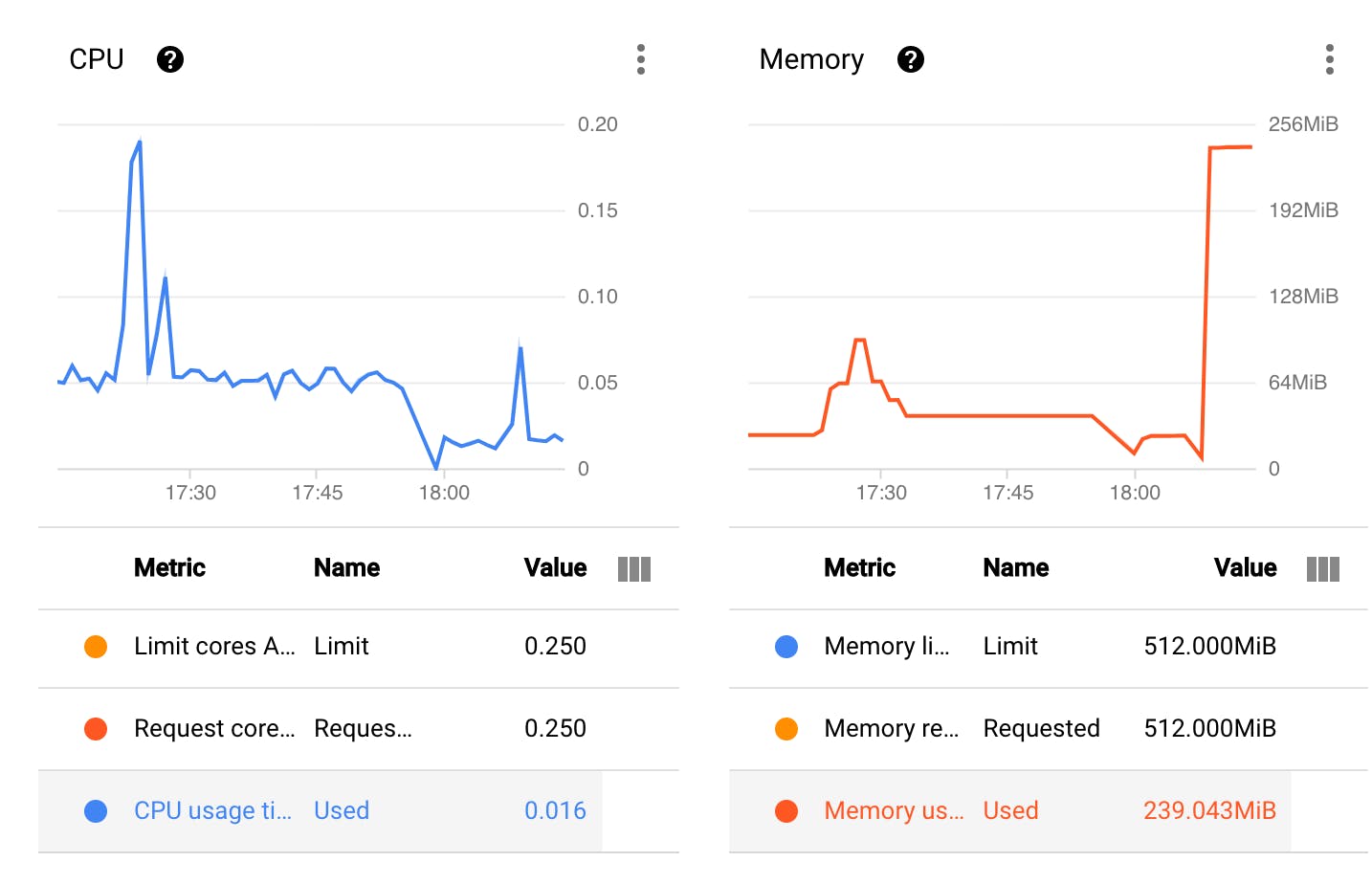 As we defined in the middleware, if request has Bypass-Cache header or refresh query param, we bypass the cache, S-Cache will become unreachable

Server-side caching is useful to improve API performance and reduce main database workload. It also can be use with CDN. Unlike CDN, we have full control of the data we stored, but at the same time, it has higher price tag (assume not using embeddable DB like this post) than CDN, as it needs to provision extra database instance.

Some people directly use main DB as cache DB as well to reduce the cost. There is no perfect solution, only the solution that suitable for the use case.