What it was like to attend a community tech conference

I attended my first tech conference on last weekend, NG-MY, which happened to be the first Angular conference in Southeast Asia.

TL; DR , it was a wonderful experience

I always wanted to attend tech conferences. I am always excited to know more especially in technology. I wasn't attending any conferences due to most of the conferences did not happened on my country, Malaysia, or I just did not aware of, or I could not managed to get the ticket. I started to watch live stream of famous tech conference like Google I/O, Apple WWDC, Facebook F8, Microsoft Build few years back, as well as NG-Conf this year. By just watching the live stream, I could learn a lot. About end of last year, there was a Facebook post from the organiser, saying that NG-MY will be organised on 2019. I could not get more excited.

At that point of time, I was still an university student. I maybe could not afford a ticket to the conference. I thought I might apply as a speaker for 10 minutes lighting talk so that I can attend the conference for free, and I submitted my application. However, my title did not get selected due to it was not very relevant to the conference.

But when the official ticket price released, surprisingly it was affordable even for a student like me, and I grabbed for the early bird ticket.

NG-MY guaranteed that it will be an excellent program, technically in-depth and 100% useful. And it was excellent, in my opinion. There are speakers

coming from internationally as well as from the Angular Team and Firebase Team from Google. There were 400+ attendee from 30+ countries and 30+ speakers. It was a very diverse crowd. The content from the speakers are great, and 100% useful.

The organiser team also paid attention to details, they designed beautiful graphics which represent Malaysia's Food. They were placed all over the conference as well as their landing page, and the Mascot, OrangUtan (extant species of great apes native to Indonesia and Malaysia) that represents Malaysia.

The foods were nice too. They also wrote articles about trip to NG-MY for foreigner.

Besides, I also get a bunch of cool stuffs like T-Shirts, custom-made food stickers, socks, and many more. Also, there were mamak chat sessions, which is a localised term of Cafe chatting sessions after each talk. These allow attendees to interact with speakers, to exchange ideas and ask questions. I think this was a great idea because most people from our country are shy, and not a conversation initiator, and I am one of those. With these chatting sessions, attendees are encouraged to talk to the speakers. And I had great conversations with the speakers. They were friendly and shared their valuable experiences, useful tips and etc.

One of the cool things was I happened to meet a Go enthusiastic like me at Angular conference!

Other than talks and chatting sessions, 3-hour workshops were available for attendees to join where the speakers discussed specific topic in-depth. The workshop was fun, interactive, as well as informative.

I am feeling positive to the community and looking forward for next conference. 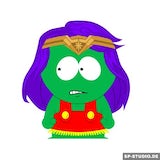 Thanks for the write up! Glad you hear you have great experience! :)